One of my favorite pieces of imagery is from the movie “Gladiator”…when Maximus walks through the wheat field and runs his hand lightly across the top of the soft tassels.  It’s one of those visuals that continues to stick with me over time…so simple, but so rich with emotion.  It’s as though I can feel everything he was feeling.

When I was tasked with painting an interpretation of John 6 for Lake Forest’s “re:Gift” series, and read the entire text, these two passages really jumped out at me:

It seems Jesus was trying to drive an important point home: “I’m the bread of life. Believe it.”  And as I let the passage fill my head and heart, the images from The Gladiator sprang to life in a new way…except there were wounds on the wrists of this Loving Warrior, and he touched the wheat with a familiarity only found between created and Creator.

The Bread of Life walking through a wheat field…what a breathtaking metaphor. 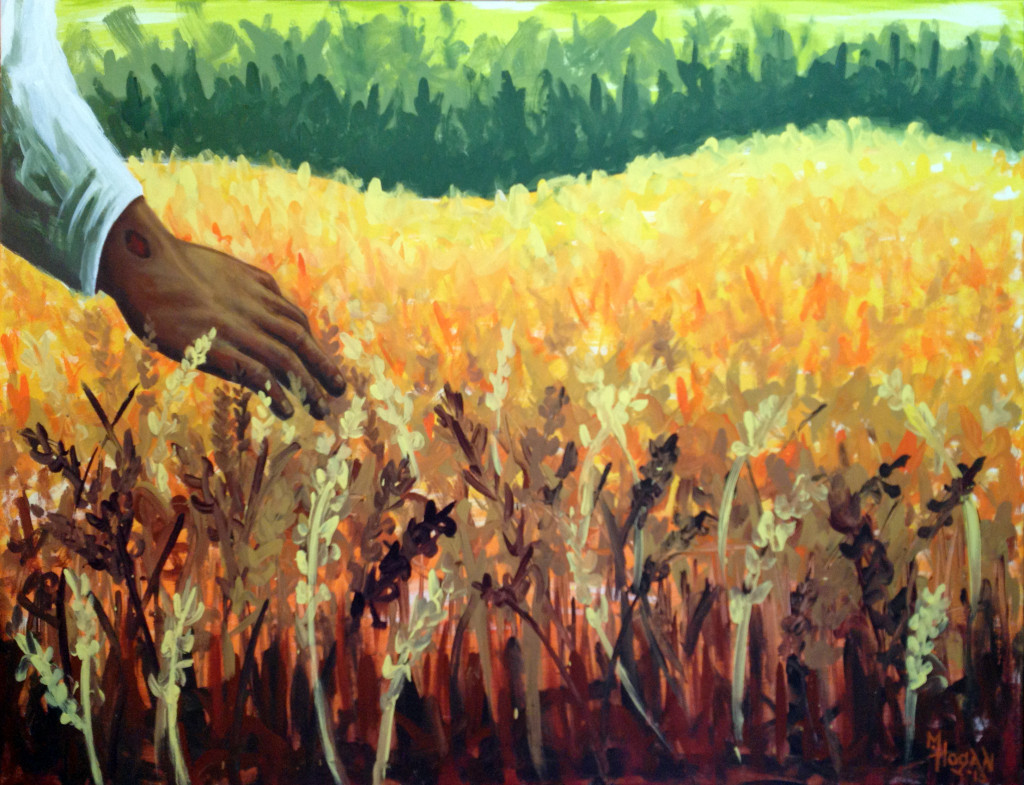 Believe that I Am the Bread of Life.

So follow the metaphor, if you will, as it develops into The Bread of Life…breaking bread…in the wheat field. I guess you could call it Reversed Foreshadowing, if such a thing exists. 😛 But consider the beauty of the progression…the wheat is cut off and ground up, having it’s form destroyed…but by doing so is transformed into bread, able to feed the thousands.  Then that bread is broken apart by the hands of The Bread of Life…feeding all of mankind, so that they will never go hungry again.

Jesus was cut off from this world, beaten, crucified, buried…and resurrected.  In an ironic act of selfless love–by emptying himself…being broken…and dying–He was able to become the Victor, conquer death, and give us all eternal life.  Such a mystery.  Such a leap of faith. 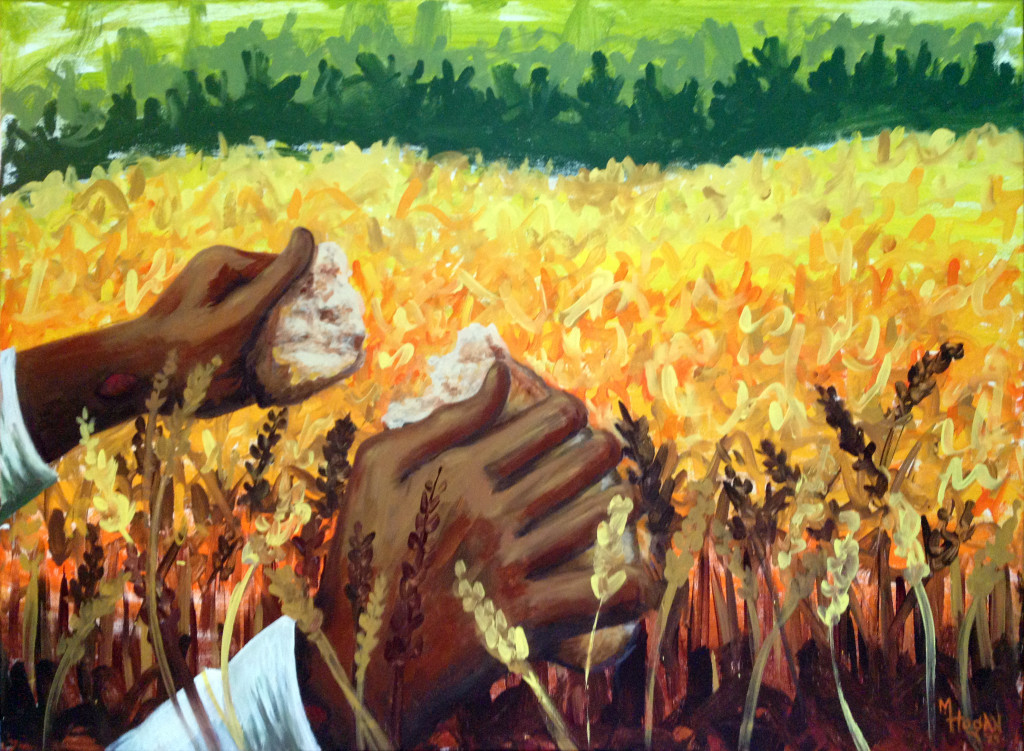 Believe that this is My body Broken for You.

Are you hungry? Believe that He is The Bread of Life.  Are you thirsty? Believe that His body was Broken for You.  And if you believe, you will never hunger or thirst again. Such a mystery. Such a leap of faith.

But even as He speaks the simple truth, His words are so full of emotion, it’s as though He can feel everything that I’m feeling.

As Lake Forest’s series teachings illustrated, Jesus was the perfect example of re-gifting. So what are you doing with the gift that He has given you? How will you re-gift it so that the people around you will benefit from it?

Such a mystery. Such a leap of faith.