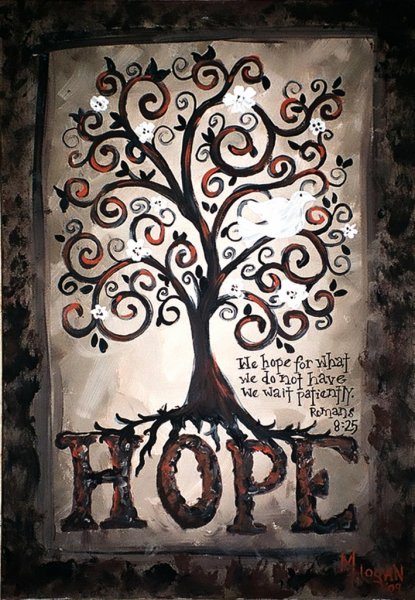 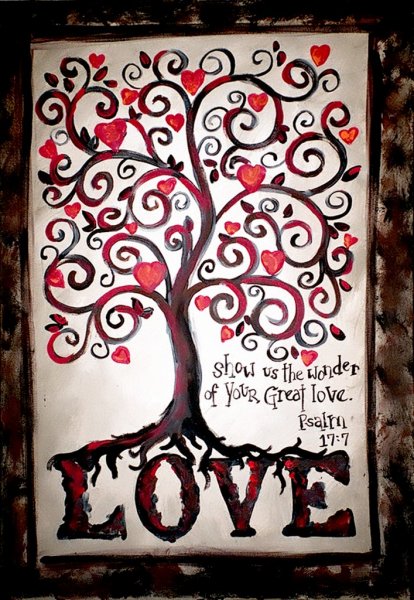 These paintings were done in honor of our great friend and best man, Clark Rogers, during a benefit concert held on his behalf.

The “Hope” painting was auctioned off…and in an act of selfless generosity, the winning bidder donated his bid, letting the next bidder in line take home the painting, so the piece brought in DOUBLE the value! The “Love” painting was given as a gift to Clark’s bride of 3 yrs., Lisa, in memory of the extraordinary event.

Churches from all over the community came out to show their love & support,, with over 1,000 people giving testimony of Clark’s influence on their lives. Over $25,000 was raised that night to help offset the huge medical debt they’d incurred in battling Clark’s rare form of cancer. It was a beautiful reminder of what the body of Christ should look and operate like in this world.

The night’s festivities were simulcasted into his hospital room in Mexico, where he and his family were able to witness the countless lives that he’d touched in attendance. Three days later, Clark received his ultimate healing, and went home to be with Jesus. Our faith and lives were forever changed because of this ardent worshiper of God.